Lessons From The Wizard of Oz: by Will Craig 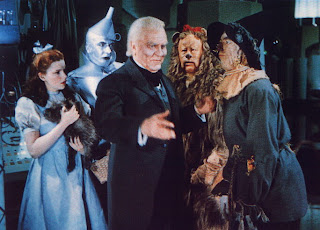 Most of us are familiar with the story of Dorothy and the friends she meets on her way to find the Wizard. The Scarecrow who felt he lacked a brain; the Tin Man who didn’t think he had a heart; and the Cowardly Lion who wished he had courage.

The Wizard (a man whose heart was in the right place but whose ethics needed some work) actually exercised some effective coaching skills at the end of the story.

For each of Dorothy’s three friends, he fostered a sense of belief that they, indeed, had those things they sought so desperately. He convinced the Scarecrow he was smart by giving him a diploma. The Tin Woodsman received his gift from the Wizard and knew he now had a heart because it was breaking. The Cowardly Lion became instantly courageous when he received his medal for bravery.

Each of them, as it turns out, already had inside of them the answers they were seeking. Ironically, they had the potential and the ability to grant their own desires from the very beginning. The only thing missing was belief.

The beauty of The Wizard of Oz is that we are all able to identify with the characters and their challenges along life’s path. Doesn’t it make you think of the fantastic life you could have if you really believed you could?

Labels: Believe in Yourself, The Wizard of Oz, Will Craig
Older Posts Home
Subscribe to: Posts (Atom)